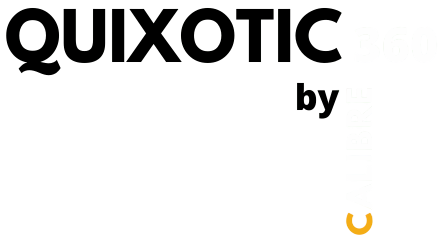 We are a SaaS platform for energy retailers and renewable energy communities. We automate repetitive processes and integrate you with utilities and grids, generating, exchanging and interpreting XML files in a bidirectional and end-to-end manner. On top of this, we now do billing and invoicing for you, which places us between a back office and your ERP in your technology stack.

Why did you create QUIXOTIC 360?

During our years of consulting, we couldn't find an end-to-end solution to help our energy customers, and we had to increasingly develop ad-hoc functionalities whose (heavily regulated) processes were conceptually identical. Next up was QUIXOTIC 360.

Is there any long-term contracts?

No. We are so confident that you will love our solution that there is no initial fee, and the format is "pay as you go" with no permanence whatsoever. That said, it's true that you can benefit from discounts when choosing one of our annual plans.

Who is behind this tool?

The team behind Calibre 360, a technology consultancy specialized in the development of multiplatform cloud solutions and integrations.

In recent years, the energy market is growing and changing by leaps and bounds. After numerous projects in the production and commercialization of energy, our team had a customer-centric vision for the most common problems in the space.

Although QUIXOTIC 360 was created with energy retailers in mind, (i.e. in everything related to integration with utility companies) it is true that some features could have value for utilities, for example, the generation and processing of XML files, the integrations with production databases or energy billing and invoicing.

Contact us to find out more about our roadmap and whether we can help you take your utility to the next level of digitisation.

Does QUIXOTIC do energy billing and invoicing? What about gas?

Yes, we just released our billing and invoicing (+ payments) module.

While European regulation differences between the CCE and CER, in Spain all energy communities must be Renewable Energy Communities and must have volunteer and open participation.

Yes, that is our "raison d'être". Starting with the integration with utilities in order to obtain the data, all the way to the end, producing official reports for regulating bodies, or debt/fraud databases, QUIXOTIC 360 covers the entire contract lifecycle.

How much time can I save with these integrations?

In addition to energy retailers, some  back office management companies and small utilities have shown interest in our solution.

Depending on the size and split between household and industrial, some small energy suppliers spend 10 to 30 hours a week generating and importing / exporting files.

In the case of "back office" management companies, this time is multiplied by the number of energy suppliers they manage and the number of utilities each supplier operates with.

I have several energy suppliers, is QUIXOTIC 360 for me?

Yes, QUIXOTIC 360 has a multi-commodity, multi-point of consumption, multi-supplier data model. In our system, we also have other roles such as external acquisition channels or referrers, so that you can associate them to your energy contracts.

Who integrates QUIXOTIC with our systems?

As you may have already imagined, QUIXOTIC 360 is a platform with well documented API connectivity, so the integration between your system and our platform can be implemented by your tech team, external freelancers or one of our partners.

I only have prosumers, can I use QUIXOTIC 360?

Yes, through our guided pilot. We have a sandbox for testing, in "Free Trial" mode. We ask you to see a Demo first with our team, to guide you through the functionalities and results you can expect.

After that Demo, we will share with you a Testing Deck with instructions, credentials and "Postman requests", so you can do your own tests, for a limited period of time. You can use your own data or we can facilitate dummy data for your tests.